Home / World / Poland Polanski should not extradite to the US 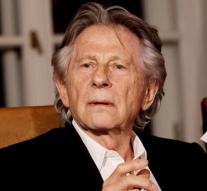 warsaw - Filmmaker Roman Polanski should not be extradited from Poland to the USA The highest court in Poland has determined that Tuesday. America had to extradite the 83-year-old director asked in connection with an abuse case from 1977.

Earlier, a lower court ruled already that he could not be extradited. Justice in Poland went there to appeal.

The United States had requested Poland Polanski's extradition when he appeared in Warsaw in 2014. The filmmaker living in Paris, but he also has an apartment in Krakow, in southern Poland.