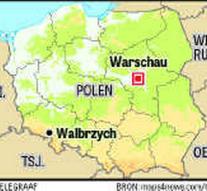 Poland holds from 4 July to 2 August weather random checks at the Schengen internal border. The measure is taken to ensure safety in connection with the NATO summit in Warsaw, the World Youth Day in Krakow and the visit of Pope Francis, said the Ministry of Interior.


Poland is since 2007 part of the Schengen zone, within which individual checks have been abolished at the borders. Under special circumstances, temporarily exported checks again. That happened for example in 2012 during the European football championship in Poland and Ukraine.