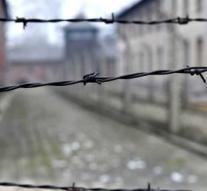 warsaw - Poland eases a controversial law that makes it punishable to suggest that Poland has been involved in crimes committed by the Nazis in the country. The parliament agreed on Wednesday that there would be no imprisonment.

Parliament had passed the law in February, much to the dismay of especially Israel. With the law, the Polish government wants to prevent Poland being blamed for the Holocaust, among other things.

Especially the term 'Polish camps' for the German Nazi camps in Poland, which is mostly used by foreigners, was a reason for the law. Someone who designates the concentration camps as 'Polish camps' could be punished with a prison sentence of up to three years. The latter is now off the track. Israeli Prime Minister Benjamin Netanyahu reacted gladly to the easing.