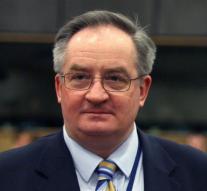 warsaw - Poland Saturday, Polish MEP Jacek Saryusz-Wolski put forward as a candidate for the office of President of the European Council. Another Pole, Donald Tusk, who now performs function.

After the expiry of his current term in late May Tusk would like to continue as President of the European Council, but the ruling nationalist PiS party does not support his candidacy. According to PiS leader Jaroslaw Kaczynski Tusk is on the basis of the opposition in Poland and for that reason violates the fundamental principles of the required neutrality.

The 68-year-old Saryusz-Wolski is in the European Parliament since 2004. He's like Tusk member of the opposition Civic Platform in Poland. According to PiS party he seeks less confrontation than Tusk.