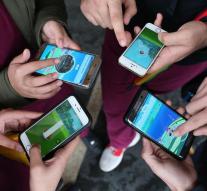 odense - An avid Danish Pokémonjager did have a very rare catch. What he mistook for a virtual monster in a drainage canal on the island of Funen was found a corpse. That should have long been in the water, according to the police.

,, It was not possible to determine gender, age or identity, '' a spokesman said Wednesday.,, The body was severely affected by the weather. '' It is now trying to find clues on the missing persons list.

As in other countries, the Danish police in recent days to make a thing had with the players 'Pokemon Go'. They were, after calls from concerned citizens, picked smartphone in hand in foreign gardens, schools and new construction projects. But there was someone detained suspected long at the US Embassy in Copenhagen dashing looking 'Pikachu'.