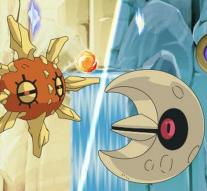 - In the Netherlands, Pokémon and Pokémon Sun Moon in the first week after its release more than 63,300 times been sold in Europe and they have sold more than 1.5 million times. This makes it the best-selling release ever for a Nintendo game.

Following in the tradition, players in Pokémon Pokémon Sun and Moon choose one of three special Pokémon as their first partner, namely Rowlet (type Grass and Flying), Litten (Fire) or Popplio (Water).

With new Pokémon to catch and to explore new Alola region, the games provide a new experience for both newcomers and veterans Pokémon.