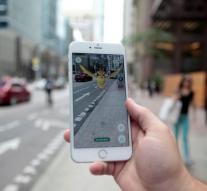 - In Florida, a man Saturday night shot two teenagers. The two played Pokemon Go to the house of the man.

The children (16 and 19) were looking for Pokemon and parked their car in front of the house of the man Saturday night thirty local time.

The 37-year-old gunman was awakened by the noise of his home in Palm Coast. Because he thought he might be dealing with burglars, declared the man, he grabbed his gun and walked out.


At the sight of the gun fled the Pokemon Go players. The shooter thought the teenagers wanted to ride him, he began to shoot.

The shooter himself called the police, but there was never a trace of the car with the two teenagers.

When the mother of one of the teens called the next morning with the police, revealed that the two were looking Pokémon. Police are investigating the case.