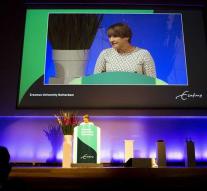 - The Mozambican government this year will run out of money by Minister Lilianne Ploumen (Development). The government first wants an international investigation into the finances of the country in southern Africa.

The government suspended the aid already in May when it turned out that Mozambique had concealed two loans worth $ 1.4 billion. The 10.2 million that would go to the government this year, has now been deleted permanently, thus Ploumen Tuesday in a letter to parliament.

To limit the impact on the population, 5.2 million will be deployed elsewhere. It goes to programs that deal with health care and improvement of agriculture.