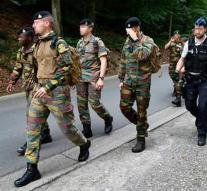 amay - The body of the pilot who was in full flight from a helicopter in Belgium on Sunday was found Monday afternoon. That reports VTM News. It is still unclear not clearly what has happened exactly.

During a flight on Sunday afternoon on the opening day of the fourth Battalion in Amay, Liège, two pilots went on board a device. One time, however, it fell out of flight. It struck the other pilot to land the Agusta A-109 safely.

On Sunday, the body of the fallen man was not found. On Monday, the search was resumed.

The man would have fallen hundreds of meters down. He did not wear parachute.

It takes into account the possibility that the pilot committed suicide.