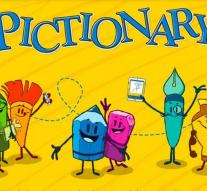 el segundo - In the real world, it has been one of the most popular character games for years, but now finally, Pictionary becomes an app. The game is available free of charge in Apple's App Store, Google Play, and Amazon.

The game has two ways to play. Users can guess in real time, or wait for the other to finish drawing. There are several languages, including Dutch. The game was created by Mattel and developer Etermax.

It is striking that Pictionary is only digitized. Five years ago a similar game was launched, Draw Something. That had at its peak 15 million players. Its maker was bought one month after launch by Zynga, who paid $ 180 million (165 million euros). Zynga did with Draw Something exactly the reverse of Pictionary now: the app became a board game.