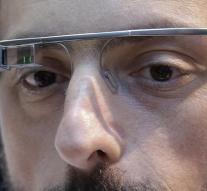 - The arrival of a new version of Google Glass is attached with photos that appeared Monday on the website of the FCC, the American authority for telecommunications. It is a so-called Entreprise Edition designed for startups, the website reported 9to5Google.

The new glasses Google does not look very different from the first version, known as Explorer Edition, but the hardware has improved. One of the biggest differences is that the new version is foldable. The Entreprise Edition would already have been tried by hundreds of Glass For Work, a network of startups that works with Google Glass to develop the device. Although the photos are now public, Google has officially said nothing about the existence of the glasses.

Last month, there appeared reports that Google is working on several new editions of the Glass. The new model for the consumer would be very different, and instead of a glass screen work entirely based on audio.