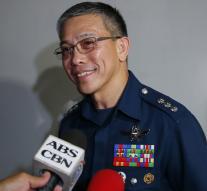 - More than a month after the kidnapping of some foreigners in the Philippines, Islamic extremists reportedly demanded millions of ransom. According to the American organization Site, following terrorist activities, wants the Islamic rebel group Abu Sayyaf 1 billion pesos (the equivalent of 19.5 million euro) ransom for her four hostages. The requirement would be brought out of an Internet video.

The hostages, two Canadians, one Norwegian and one Filipino, were kidnapped in late September on the holiday island of Samal. The Philippine military said Wednesday that the authenticity of the claim still being monitored. Also a Dutchman, two Malaysians and an Italian priest were still in the hands of Abu Sayyaf.