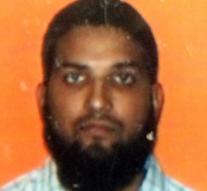 - A news agency Islamic State (ISIS) support, on Friday stated on his website that the perpetrators of the massacre in the American San Bernardino were adherents of ISIS. It is the agency Aamaq.

Where the agency is based on the message is not clear. American researchers now trying to figure out whether there were links between the perpetrators, male and female, and Muslim extremists.