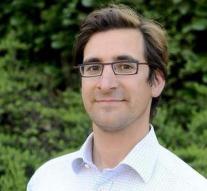 bruges - The trial on the murder of the Belgian lord Stijn Saelens from Wingene 2012 is covered by a popular jury, called Assizes. That determined the chambers in Bruges Thursday.

In the case stand trial four suspects. Among them, the Dutchman Roy L., which would have carried out the murder with his now deceased uncle Ronny B. of Eindhoven. Netherlands yielded L., which has made a partial confession, April last year. Evert de C. of Zeeland would like 'murder broker 'have occurred.

Justice is the father of the victim, Andre G., as principal. Reportedly played an incestuous affair involved. G.'s son Peter for trial. The fourth suspect Pierre S. would have had a role as an intermediary.

The court in Ghent has yet to confirm the decision of the Council chamber.