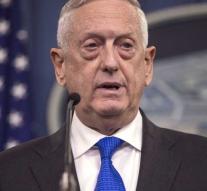 washington - The US Department of Defense has taken a final decision to stop $ 300 million (258 million euros) of aid to Pakistan. According to the Americans Islamabad continues to do little against militants in the country.

The cessation of so-called Funds to support the coalition is part of a broader suspension of aid to Pakistan that President Donald Trump announced early this year when he accused Pakistan of rewarding previous aid with 'nothing but lies and deceit. '

Washington has long denied Islamabad being a loyal ally in the lingering battle against Islamic extremists and warlords in Afghanistan. Pakistan would also only tackle extremists in their own country with velvet gloves.