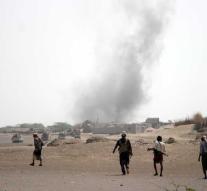 geneva - The peace negotiations on the bloody civil war in Yemen have been delayed on Saturday. UN mediator Martin Griffith said that it had not been possible to get Houthi insurgents at the table in Swiss Geneva.

It is unclear why the Houthi delegation did not appear. Griffiths said that the Houthi rebels had wanted to travel to Geneva. A television channel of the insurgents reported on Wednesday that the international coalition fighting the Houthis did not allow the delegation of the Yemeni capital Sanaa to fly to Geneva.

A coalition led by Saudi Arabia regularly bombs places where Houthi rebels, who are at war with the government of the country, are serving. Citizens are killed by the air attacks.