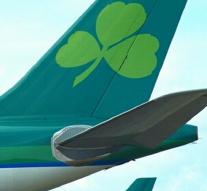 - The passenger who on Sunday became aggressive and then died on an Aer Lingus flight from Lisbon to Dublin is possible by deceased drug smuggling . Irish police discovered at autopsy different packets of a powdery substance in the body of the 24 -year-old Brazilian , Irish Mirror newspaper reported Monday on the website. Further research should reveal the exact cause of death .

The victim bit the plane a passenger, then became unconscious and died. Police later discovered the plane packets with a total of 2 kg of powdery substance . A woman who was an acquaintance of the victim was arrested by the police.

The airplane of the Irish airline made ​​an emergency landing because of the incident in Cork in southern Ireland. The man was already dead.