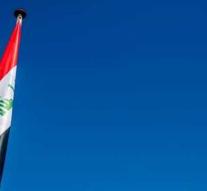 baghdad - The party of the Iraqi clergyman Moqtada al-Sadr was declared the winner of the May parliamentary elections on Friday. The results were long overdue because all votes had to be counted again.

The parliament had ordered that recount, because there would have been irregularities. Not all ballots could be reviewed. After the elections, the storage went up in flames where polling stations from Baghdad were stored.

Al-Sadr's party was the big winner of the elections earlier this year, but no new government has yet been formed. Meanwhile, there is much dissatisfaction among the population about corruption, the poor public facilities and the slow reconstruction after the years of struggle against the IS terrorist group.