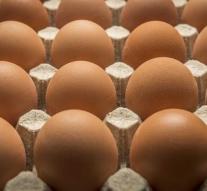 paris - The French Government is investigating with the Belgian authorities whether Fipronil has been used in French poultry trade.

It is a precautionary measure, the newspaper Le Parisien reports on Saturday by the French Ministry of Agriculture.

The ministry announces that at the moment there are no indications that contaminated eggs have been placed on the market in France and that there is therefore no cause for concern.

However, a poultry company in the northern department of Pas-de-Calais informed the French authorities on 28 July that it was possible to use fipronil on the farm. The French company was informed by a Belgian business partner. The French poultry company has been provisionally supervised and is not allowed to sell eggs as long as the investigation is ongoing.