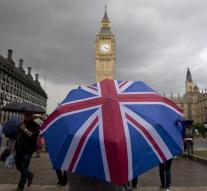 - France and Germany are in complete agreement on the procedure to be followed by Britain after the vote for a departure from the EU. So says the French Finance Minister Michel Sapin.

Both countries believe that the withdrawal should be completed rapidly, Sapin said Monday on television channel France 2.,, We can not remain in an uncertain and unclear situation. ''