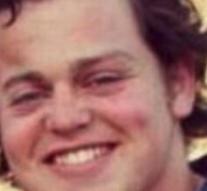 rome - The parents of American student Beau Solomon found dead in Rome to get a meeting with Pope Francis. Commissioned by the Vatican Wednesday.

The American student Beau Solomon (19) of Wisconsin was Monday found dead in the river Tiber, three days after he was last seen in one of the many bars in the Roman neighborhood of Trastevere.

In connection with the death of Solomon, the Italian police have arrested a 40-year homeless.