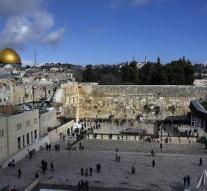 'We reject all obstacles that prevent freedom of worship and we ask for a return to the situation before July 14,' Palestinian Prime Minister Rami Hamdallah said.

Israel placed the metal detectors after an attack on July 14 at one of the entrances of the Temple Mount. In addition, three Israeli Arabs killed two Israeli police officers. The perpetrators were shot dead. The gates were on the Palestinian side of the Temple Mount.

The arrival of metal detectors caused turmoil and riot among the Palestinian people. The Temple Mount with the Wailing Wall and the Al-Aqsa Mosque is a sacred place for Jews and Muslims.