Home / World / Pakistan wants to get rid of Afghan refugees 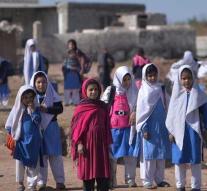 islamabad - The Pakistani government has determined that refugees from Afghanistan can stay in the country for no more than sixty days, while the responsible minister recommended a five-month period on Wednesday. The decision revives the fear that Islamabad is preparing the expulsion of hundreds of thousands of Afghans.

In Pakistan there are an estimated 2.5 million Afghans who have fled the violence in their own country. Some have been living there since the Soviet invasion in 1979. For a very long time they were given an easy extension of their residence permit, often for a year.

This has changed because of the increasing tension between the two neighboring countries, partly due to recent bloody attacks by the Taliban in Afghanistan. Kabul but also the US accuse Pakistan of supporting this rebel group. The concern seems justified that the Islamabad authorities are now going to send Afghan refugees back more quickly in response to this suspicion.

The UN refugee organization (UNHCR) did not yet want to respond to the Pakistani policy decision because the details are not yet known. The representative in Afghanistan emphasized that the return of refugees should be 'voluntary, gradual and dignified'.

In 2016 nearly 400,000 refugees returned home at the insistence of Pakistan. 60,000 of them went the opposite way last year. Large-scale remigration requires many demands from the government and the relief organizations in Afghanistan, where according to the UN an additional 360,000 people were displaced in 2017.