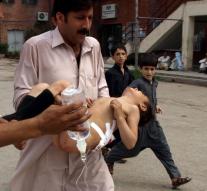 - Pakistan has executed four men who were convicted of complicity in the attack on a school in Peshawar last year. The terrorists were hanged in the central prison of the place Kohat.

These are the first executions of civilians who have been convicted by military courts. They were after the attack, in which 134 children were killed, was established. The four terrorists were among the Toheedwal Jihad Group, a faction of the Pakistani Taliban.

Another three militants sentenced to death for involvement in the attack but their execution has not been scheduled yet. All nine attackers from the school died in action on December 16 last year. The attack took a total of 151 lives.