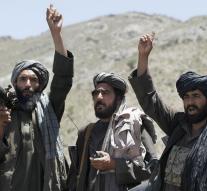 peshawar - The Pakistani military on Saturday an attack by four suicide bombers on an army camp in northwestern Pakistan declined. Two attackers were shot dead, two others blew themselves up. When the attack came two soldiers dead, the military said.

The attackers failed to penetrate a mosque in the camp who was at that time full. A splinter group of the Pakistani Taliban claimed responsibility. According to a spokesman, the attackers wanted to free comrades imprisoned in the camp.

The camp Ghalani is a tribal area bordering Afghanistan. The inaccessible region known as a hotbed of extremists.