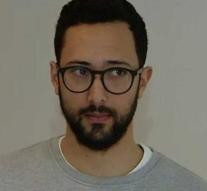 ghent - The Ghent court has released a Spanish rapper conditionally. The singer 'Valtònyc' was arrested in Belgium after fleeing from Spain because of a conviction of 3.5 years in prison. The council chamber still has to decide whether it will be extradited to Spain.

The 24-year-old Valtònyc, whose real name is Josep Miquel Arenas, was sentenced to 3.5 years in prison due to his controversial lyrics. In his songs he had called for the armed occupation of the summer residence of the royal family. The Spanish Supreme Court upheld the verdict of a lower court in February.

The rapper from Mallorca fled to Belgium where the Spanish justice sent a European arrest warrant.

According to Valtònyc, rappers tend to be provocative. He vainly appealed to art freedom and freedom of expression in his homeland.