Home / World / Packed Norwegian in Russia confesses to being a spy 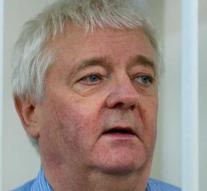 oslo - A 62-year-old Norwegian who was arrested in Russia last year on suspicion of espionage has announced that he is a retired employee of his country's military intelligence service. Frode Berg worked for years for the Norwegian army as a border guard, made Berg's lawyer known.

'We know that what Berg did in Russia was part of the intelligence service, but we were let down by those who sent him to Russia,' his lawyer said.

Despite his background in the army, Berg told Norwegian media that he did not know that he was carrying out a dangerous operation for his country.

Berg was arrested in Russia with 3000 dollars. According to Russia, that was tip money for information about the fleet of nuclear submarines of the country. The Norwegian risks a prison sentence of at least ten and at most twenty years.