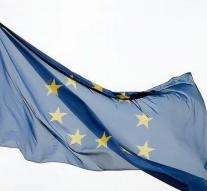 brussels - The European Anti-Fraud Office (OLAF) showed 346 cases last year that EU money has not been issued in accordance with the rules. It is a total amount of 631 million euros. The service has advised to withdraw money and bring the fraudsters to justice.

The amount claimed is lower than in 2015. Then, according to OLAF, EUR 888 million was fraudulent for European subsidies. A year earlier it was 901 million euros.

It took place in 2016, among other things, fraud involving large transport projects. Criminals also misused public procurement. In addition, the agency discovered irregularities with research money and unemployment programs. Crime networks are still able to bypass customs duties and VAT by complex constructions, according to OLAF. For example, a huge fraud with Chinese textile was exposed in the United Kingdom.