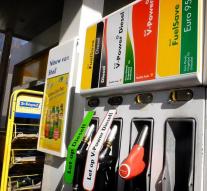 oslo - Cars and trucks that run on gasoline or diesel, come after 2025 no longer in Norway. The own population must be completely switched to alternatives such as electric vehicles. There seems to be a majority in parliament to ban cars running on harmful fuels. The Norwegian government wants that fight climate change.

The ban is appointed to the National Transport Plan. Also need to change the transport sector. After 2030 all new ships and ferries should be emission-free.

The purchase of electric cars will be tax benefits already promoted in Norway. In no other European country are sold as many electric cars, compared with the population. 15 percent of all newly registered passenger cars driving on electricity.