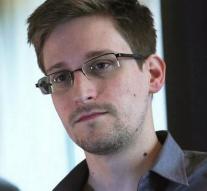 Snowden wanted to get done through the courts that he would not be arrested if he would receive a human rights award this month in Oslo. Lower courts had already determined that such a guarantee was not possible.

Snowden worked for US intelligence and he did a book in 2013 on the open eavesdropping practices that are common in very large scale. He is accused in the US of espionage and steal state secrets and there risking thirty years in prison. Snowden has fled to Russia.