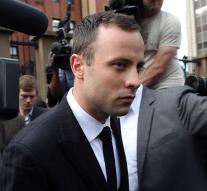 johannesburg - Oscar Pistorius is Monday given conditional freedom , reported CNN. He presides over the remainder of his sentence under house arrest .

The 28 year-old South African athlete was sentenced a year ago for the death of his girlfriend Reeva Steenkamp.

Pistorius was given five years in prison for manslaughter and three years probation for possession of weapons. Pistorius killed his girlfriend on February 13, 2013 with four shots through the door of the bathroom.

The disabled athlete known to have shot, but said he thought there was a burglar behind the door. He was acquitted of murder.