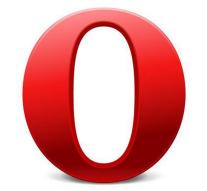 oslo - Opera has significantly renewed its same-name web browser. The Norwegian company now gives users the opportunity to chat directly through the browser via WhatsApp, Facebook Messenger and Telegram. Furthermore, the look of the browser has also been taken care of.

The chat feature and the new design elements are directly from Neon, a concept browser that released the company last year. Also under the hood is keyed by the Norwegians. For example, multiple security holes are poached and the browser on laptops is more efficient with the battery. For those who hate advertising, Opera has built in new tools that let users specify more accurately what ads they want and what ads they do not want to see.

Opera has been in the browser world for a while. The Norwegian company released the first version of the browser in 1995 and during the following period, the company tried to distinguish itself by building various additional functions in Opera. For example, there was a complete e-mail program in Opera, torrent files can be downloaded immediately and a free VPN server built in. The original developers have already left, and some of them are busy with a new web browser: Vivaldi.

Opera has been in the hands of a Chinese investment fund for a few months.