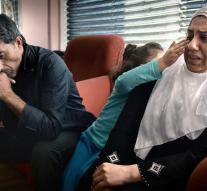 utrecht - According to the Public Prosecution, three lifeguards and two teachers are guilty of the death of a nine-year-old Syrian girl who drowned in a Rhenen swimming pool. The OM demanded a 120-hour labor trial in Utrecht.

The girl was only missed when all other children and teachers of group five were dressed outside by the pool. She was found by a swimmer who pulled lanes.

The fatal incident took place on September 21, 2015 in the swimming pool 't Gastland. It was the fourth swim lesson of the victim who could not swim.

The court will pronounce on 6 June.