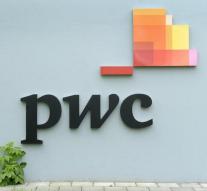 luxembourg - The Public Prosecutor in Luxembourg draws an appeal against the verdict in the so-called Luxembourg Leaks affair.

Two former auditors in June were sentenced to suspended prison sentences of twelve and nine months because they had disclosed information about tax deals with Luxembourg banks with large companies such as PepsiCo, insurer AIG and Deutsche Bank. The had demanded eighteen months in prison Prosecutor of the Grand Duchy.

The two French whistleblowers, Antoine Deltour and Raphael Halet who worked for the consulting and accounting firm PwC also were fined. They had previously announced to appeal.


The court said the French television journalist Edouard Perrin, who brought the revelations in 2012 in a TV documentary in public, freely. he has to come back to court.

Several political groups in the European Parliament had strongly criticized the verdict. The appeal is late this year or early next year, reporting Luxembourg media.