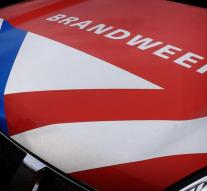 schneizlreuth - More than two years after the fatal fire in a large guest house in Schneizlreuth, the old mayor of the city has been convicted. The judge considered death to be proven by negligence, as well as inflicting bodily injury. According to court, he has not adequately supervised fire safety.

The former burgher's father was imprisoned for a 10-month conditional sentence. He also has to pay a 'four-digit' fine, the Public Prosecutor said on Tuesday.

The fire in the guest house in the German state of Bavaria cost six men's life. At the time of fire at night, 47 people were in the building. They all worked at the same company and had a trip. Nearly twenty people were injured, five of whom were serious.

The owner of the event agency that organized the trip received three years imprisonment last year for slaughter. He had let the group stay in the guesthouse without checking the fire safety.