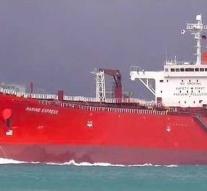 new delhi - An oil tanker is missing on the west coast of Africa. On board the MT Marine Express \u0026 # x27; were 22 crew members, all Indian citizens, the Indian authorities report Sunday.

The shipping authority Indian Maritime Administration contacted his counterparts in Nigeria and Benin to find the missing ship, said a spokesman for the Ministry of Foreign Affairs in New Delhi.

The ship had loaded around 6 million euros of converted fuel. It is possible that the tanker has been kidnapped by pirates, the Indian Express newspaper wrote.