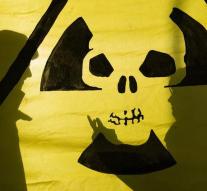 - The German nuclear power Atomkraftwerk Emsland in Lingen has since commissioning nearly 150 failures behind. The plant is located in Nordhorn, about 20 kilometers from the Dutch border at the height of Overijssel.

The German umbrella organization of environmental groups BBU reported Saturday that the failure counter currently stands at 142. The nuclear power plant was commissioned in 1988. According to schedule, he must come until 2022, after which it will be dismantled. The BBU requires preventing the government that the outdated nuclear power plant until that time gets more problems.