Home / World / Officials Japan may leave a tie at home 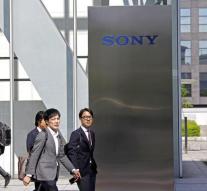 tokio - Japanese officials may appear at work on Monday with no tie and short shirt sleeves. In the coming summer months, the air conditioning will not be turned on unless the 28 degrees Celsius is at the office. The measure is set to limit energy consumption and CO2 emissions.

'Cool Biz', is the campaign launched by the government in 2005. According to the Japanese press office Jiji, the guidelines have now been followed in seven out of ten workplaces.

Japan generates its current mainly with CHP plants. Those turning on oil and coal, which has to import the country. Most Japanese nuclear power plants have been silent since the nuclear disaster in Fukushima six years ago.