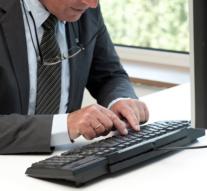 - Two Spanish officials from Jerez are fired on the spot. An employee of the personnel department was noticed that the chauffeur and the gardener last year bar had achieved little.

Further investigation revealed that they no longer had been on the job for fifteen years. They just sat at home on the couch. Their union, moreover, thinks rightly so: they may also include incorporation of colleagues leave programs.

Earlier this year, an official was already caught prolonged neglect of duty. A man in Cadiz was long absent six years. That was only noticed when he did not show up at a ceremony for employees who have been long in service. He was fined 27,000 euros.