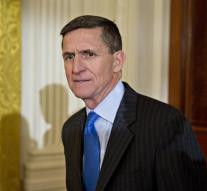 washington - Former US President Barack Obama warned his successor Donald Trump not to give Michael Flynn the post of National Security Advisor. That reported a former Obama employee on Monday. Flynn was appointed, but within a month, he was again fired after being contacted because of his contacts with Russian officials.

Obama gave the warning during a meeting with Trump two days after winning the presidential election on November 8th.

A White House spokesman confirmed that 'President Obama had informed him that he was not exactly a fan of General Flynn. 'According to spokesman Sean Spicer, that did not come as a surprise,' said Flynn for Obama and was a keen critic of President Obama's shortcomings, especially his lack of strategy to tackle IS. '