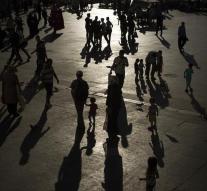 - US President Barack Obama on Tuesday met with his Turkish counterpart Recep Tayyip Erdogan following the coup attempt. Obama has his colleague reminded careful attention to democratic values ​​and existing laws. Erdogan performs after the failed coup radical purification include public administration through.

Particularly those in league with his political foe Fethullah Gülen are screwed. Turkey, the United States has been asked officially to the Islamic scholar extradition, reports the. Gülen is held responsible by Ankara for the coup. The White House has stated that if the application is received, it will be checked against the existing extradition treaty.

Obama has again offered to provide assistance in the investigation that the Turks committed to the coup attempt. It is not known how Erdogan responded.