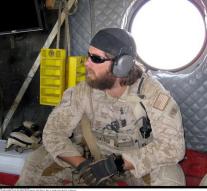 - Barack Obama has decided to US troops in Afghanistan to keep a strength of 8,400 military personnel. The president had planned at the end of his reign to bring back the army sent to 5,500 men. Defense Secretary Ashton Carter took the decision attest engagement.

,, The United States thus retain the loyalty to our Afghan partners. This decision by President Obama is a strong evidence of a lasting commitment, '' said Carter. He said he had made this recommendation in consultation with a number of generals, including the commander of forces in Afghanistan, John Nicholsen.

Afghan President Ashraf Ghani welcomed the US decision.,, That underlines the partnership between our countries to serve mutual interests. ''