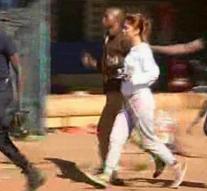 bamako - The terrorist organization Nusrat-al-Islam wal Muslimeen claimed the responsibility for the attack in Mali on Monday. The organization is affiliated with al-Qaeda.

Terrorists attacked a hotel and a resort on the outskirts of Bamako, the capital of the African country of Mali, on Sunday. Four terrorists came to life during the attack. Three other suspects were arrested. According to the Mali government, the attackers killed four guests, including a Frenchman and a military.

SEE ALSO: Death in Terror in Mali and Prisoners Assassination killed in Mali

During the attack there were accidentally Malinese soldiers in the town who opened the counterattack. As a result, 36 other guests could be saved. Among them were six Dutch.