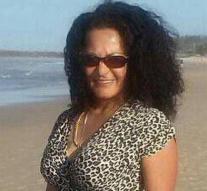 - A nurse from Australia have 36 years in jail for a double murder. The 49-year-old Megan Haines had two residents of the nursing home where she worked in Ballina given lethal insulin injections. The older inmates had previously complained about Haines.

So Haines did not give an occupant cream for itching, another resident had only himself to go to the toilet because the nurse refused to help, according to the Australian ABC.

The two were killed in May 2014. Haines was sentenced Friday to 36 years in prison. Only in 2041 they are eligible for parole.

The trial also showed that Haines had bragged to her partner that she had killed someone with insulin without anyone had noticed. That they did when the two into a crime series were watching. Haines himself denies that she has said this.