Home / World / Number of deaths by coup rises above 290 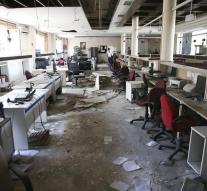 ankara - Foreign Minister Mevlüt Cavusoglu said Sunday that the death toll from the failed military coup in Turkey has risen to 190, including many civilians. came more than a hundred men to the side of the coup plotters. Moreover, were more than 1,400 people injured.

Cavusoglu reiterated that the evil genius behind the proposed takeover is the exiled Fethullah Gulen. This spiritual denies vehemently. He condemned the attempt to overthrow the Erdogan government and called it an affront to democracy.