Home / World / NSA is going to do it differently from Sunday 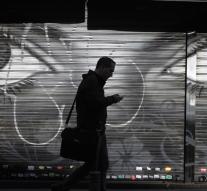 - US intelligence NSA stops from Sunday with the unfocused collection of phone data. The service switches to a new system, which is only directed tapped. Sunday as the time signal in the eastern United States at midnight, 06:00 Dutch time, the widespread eavesdropping belong to the NSA of the past. This was reported by the US government Friday.

Change is a long-awaited victory for privacy activists and technology companies and is approximately two and a half years after the revelations from whistleblower Edward Snowden. Which made ​​public how far the powers of the National Security Agency to eavesdrop on people reached.

In early June, President Barack Obama signed a bill for domestic security, allowing the capabilities of the NSA are quite limited. From now on the intelligence we need permission from a judge.