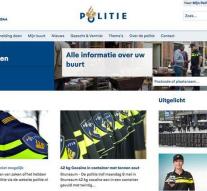 - Reporting or having contact with the police via the police website has not been possible since Friday night. This has to do with precautionary measures taken by the police after the warning of the National Cyber ​​Security Center (NCSC) earlier this evening.

It warned of global ransomware attacks. For security, security is on the police. En raised messages from citizens, those via police. Nl are not read. It is only about the use of so-called mail forms, the website itself remains online.

Anyone who wants to report something to the police is asked to call 0900-8844 or at emergency 112. It is not yet known when reporting via the police site is possible again.

The decision to send messages through the police. No to open, has been taken care of. There is currently no hostile attack, according to police late Friday night.

On police There are hundreds of forms sent by e-mail to various parts of the organization. These include reports, questions, tips, compliments and complaints.