Home / World / Norway will send migrants back to Russia 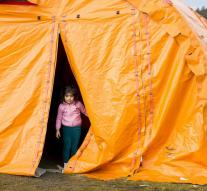 oslo - The Norwegian government wants to send asylum seekers arriving in Russia from the far north of the country. Not far from the North fires a growing number of Syrians across the border post Storskog . In 2014 there were a dozen, this year about 1200. That the Norwegian Justice Minister Anders Anundsen Wednesday said.

They are asylum seekers who have valid residence permits for Russia. " They often have a time lived in Russia and therefore no escape war or hunger ", said Anundsen.