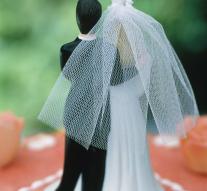 - A newlywed couple drowned during their honeymoon in South Africa. The 28- year-old man and 26- year-old woman from Northern Ireland had just a few hours at their destination, write British media.

The two were found Friday on the beach at Plettenberg Bay in the Western Cape Province. They were swimming right after they had arrived at the popular tourist resort. They were married six days.