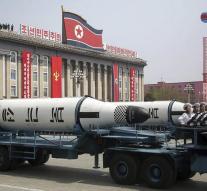 new york - Security companies Kaspersky Lab and Symantec Corp have evidence that programs involving the use of hostage software in the global cyber attack were previously associated with North Korea.

The companies showed that in an earlier version of 'WannaCry' programming language was used by researchers. The same language was part of programs used by the Lazarus Group; Hackers driven by several companies by North Korea.

The North Korean delegation to the United Nations was not immediately available for comment.